"You might be rapey too; the real reason some people are defending Bill Cosby and R. Kelly." *reblog

This article was originally published on my old blog, on January 4, 2016, it was subsequently picked up by the Huffington Post. The link is from Huffington Post, and a preview is provided. 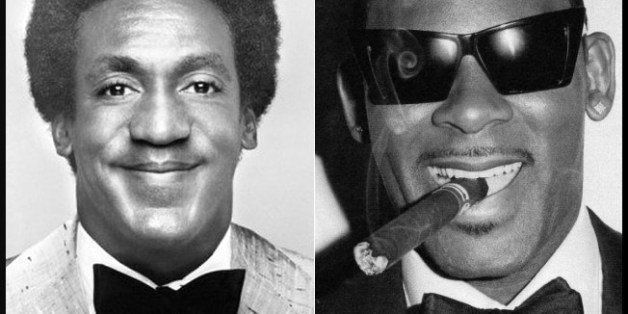 This post was originally published on the blog, Frequent FlyHer.

I must’ve been in high school when I was riding in the car with my mother as we listened to Tom Joyner, I believe it was, call Aaliyah up in school, yes school, and ask her about her marriage to R. Kelly. I don’t really remember all of the details, but I do remember her reticence and discomfort with the conversation. Afterwards, I remember still listening to the song pinned by her “alleged” husband, “Age Ain’t Nothing But A Number,” and rocking back and forth to it (no pun intended), jamming, singing along, not understanding that I was listening to a Lolita-esque anthem written by the chocolate Humbert Humbert himself. The same Humbert “R. Kelly” Humbert, who asked for some I.D. before he got deep in...Who the fuck needs an ID though! Whom are you fucking whose age is really that questionable that it makes for an actual song lyric?!?!?!!?! When you step back for a moment, and really look at this, you have to scratch your head, and think, “like you can’t make this shit up, it’s so crazy.” And we all excused it, we all ignored it, because the music was goooood, or was it just the music that we identified with? ......continue reading

N*ggas In Paris: Why France should grant citizenship to African immigrants... *reblog

It’s 2018, in the year of our lord and savior Robyn Rihanna Fenty, and people are still 7-year-olds when it comes to sexual fluidity. A while back, while we were dining over fine cuisine at the Waffle